Successful women are not liked. I think the biggest danger for women in science is colleagues who are not as good as you are.” – Christiane Nusslein-Volhard

It is no secret that science is often considered a male-dominated field and intelligence alone has rarely been enough to guarantee women a role in the process of examining and explaining the natural world. Thankfully, researchers with an interest in gender and science have nevertheless unearth some scientific endeavors and accomplishments of women throughout history. In the field of chemistry, females who have made key breakthroughs setting a chart for all the building blocks of matter – elements of the periodic table. 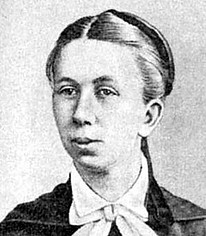 Just after Mendeleev prepared his table, Russian chemist Julia Lermontova took up the challenge — probably at Mendeleev’s behest — to refine the separation processes for the platinum-group metals (ruthenium, rhodium, palladium, osmium, iridium and platinum)? This was a prerequisite for the next step of putting them in order. The only account of her work (to our knowledge) is in Mendeleev’s archives, along with their correspondence. Lermontova studied chemistry in Heidelberg, Germany, under Robert Bunsen (who discovered caesium and rubidium in 1860 with Gustav Kirchhoff, using their newly invented spectroscope), and was the first woman to be awarded a doctorate in chemistry in Germany, in 1874.

Julia Lemontova was born on December 21,1846, in Saint Petersburg, and died on December 16, 1919, in Moscow, Russia. Lermontova studied chemistry in Heidelberg, Germany, under Robert Bunsen who discovered caesium and rubidium in 1860 with Gustav Kirchhoff, using their newly invented spectroscope. She is known as the first Russian female doctor in chemistry. 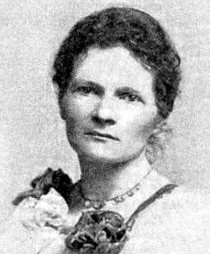 Margaret Georgina Todd was born on April 23, 1859, in Kilrenny, Scotland and died on September 3, 1918. She was a Scottish physician and writer. She was the first person who suggested the term isotope (meaning ‘same place’ in Greek) at a dinner party.

British chemist Fredrick Soddy had shown that some radioactive elements have more than one atomic mass, although the chemical properties are identical, so that atoms of different masses occupy the same place in the periodic table. Although Soddy introduced the concept of isotopes in 1913, this term was accepted and used by Soddy, and has become standard scientific nomenclature.

In 1914, the proof of isotopes was provided by Stefanie Horovitz, a Polish–Jewish chemist who showed that even a common element such as lead can have different atomic mass, although the chemical properties are identical.

Marie Skłodowska Curie, later known as Marie Curie, was born on November 7, 1867, in Warsaw, Poland and died July 4, 1934, near Sallanches, France. She was a naturalized French physicist and chemist who conducted pioneering research on radioactivity.

She married Pierre Curie and in July 1898, Curie and her husband published a joint paper announcing the existence of an element they named “polonium”, in honour of her native Poland. On 26 December 1898, the Curies announced the existence of a second element, which they named “radium”, from the Latin word for “ray”. In the course of their research, they also coined the word “radioactivity”.

In December 1903, the Royal Swedish Academy of Sciences awarded Pierre Curie, Marie Curie, and Henri Becquerel the Nobel Prize in Physics, “in recognition of the extraordinary services they have rendered by their joint researches on the radiation phenomena discovered by Professor Henri Becquerelined the word “radioactivity”. The Royal Swedish Academy of Sciences honoured her a second time, with the 1911 Nobel Prize in Chemistry.

Marguerite Catherine Perey was born on October 19, 1909, in Villemomble, just outside Paris where the Curie’s Radium Institute was located in France. She was a French physicist and a student of Marie Curie. In 1939, Perey discovered the element francium which she named in honour of her country, by purifying samples of lanthanum that contained actinium.

In 1962, she was the first woman to be elected to the French Académie des Sciences, an honor denied to her mentor Curie.

Ironically Perey hoped that francium would help diagnose cancer, but in fact it itself was carcinogenic, and Perey developed bone cancer which eventually killed her. Perey died on May 13, 1975 (age 65). She is credited with championing better safety measures for scientists working with radiation. 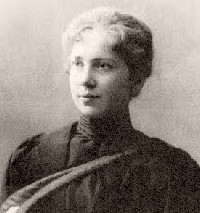 Harriet Brooks was born on July 2, 1876, in Exeter and died on April 17, 1933, in Montreal. She was the first Canadian female nuclear physicist, most famous for her research on nuclear transmutations and radioactivity. Ernest Rutherford, who guided her graduate work, regarded her as being next to Marie Curie in the calibre of her aptitude.

Harriet studied radioactive decay and made important contributions to the field of atomic physics. She, along with her supervisor Rutherford, discovered that one element could change into another element through radioactive decay. They showed that the emanation from radium was evidence of a new element produced during radioactive decay.which was later named radon, a noble gas.

Her discovery paved the way for the entire modern fields of nuclear physics and chemistry, as well as modern medical applications of nuclear medicine, including many cancer therapies. The Chalk River Nuclear Laboratories in Ontario was named in Brooks’ honour. In 2002, she was inducted into the Canadian Science and Engineering Hall of Fame, and in 2016 the Bank of Canada included Brooks in the list of candidates to become the first Canadian woman to be featured alone on Canadian currency. 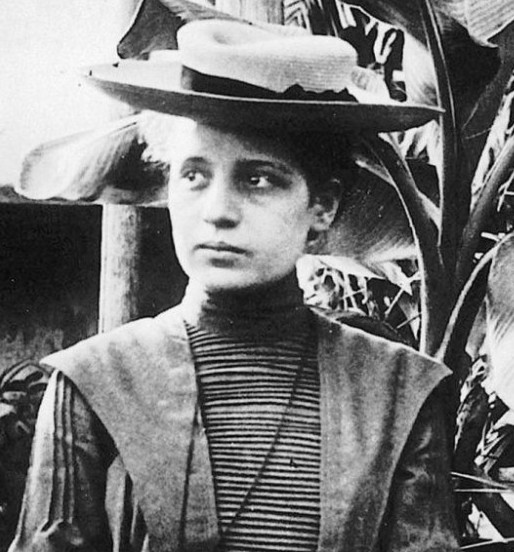 Lise Meitner was an Austrian scientist who discovered the element protactinium (specifically protactinium-231) as a radioactive isotope in 1917. She was born on November 7, 1878, in Vienna and died on October 27, 1968, in Cambridge, Cambridgeshire, England. She shared the Enrico Fermi Award (1966), a top honour from the US Department of Energy, with the chemists Otto Hahn and Fritz Strassmann for their joint research that led to the discovery of uranium fission.

Lise and her partner, Otto Hahn, used uranium to discover nuclear fission of heavy atomic nuclei during the late 1930s. In 1938, Meitner and Hahn realized that one of the elements Fermi had made was barium, and that the uranium nucleus had indeed split. At the time these findings were published, Meitner, a Jew, fled to Sweden after the German annexation of Austria. .

The estrangement from partner Otto Hahn and difficulty establishing herself in the new lab played a major role in her exclusion from the 1944 Nobel Prize for Chemistry for discovering nuclear fission, which was awarded solely to Hahn. Although it was her calculations that had convinced Hahn the nucleus had split, he did not include Meitner’s name on the 1939 publication of the result, nor did he set the record straight when he accepted the 1944 chemistry Nobel in 1945.

Her work was integral to expanding humanity’s knowledge of chemistry and providentially, the element meitnerium was named in honor of Lise Meitner. 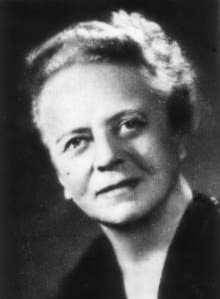 Ida Noddack, née Tacke, was born on February 25, 1896, and died on September 24, 1978. She was a German chemist and physicist and in 1934 she was the first person to propose the concept of nuclear fission but did not confirm it experimentally. Another element, number 75 — rhenium — was jointly discovered in 1925 by she and her husband Walter Noddack in Berlin, The Noddacks struggled to produce weighable quantities of rhenium, which they named after the Rhine; it is one of the rarest elements on Earth, and is not radioactive.

The Noddacks also claimed to have found element 43, which they called masurium (after the Masuria region, now in Poland). But they never succeeded in reproducing its spectral lines or in isolating the material. In 1937, element 43 became the first to be artificially produced, named technetium.

Although Ida was nominated for a Nobel Prize in Chemistry three times, unfortunately she did not get one in recognition for her contribution to science. 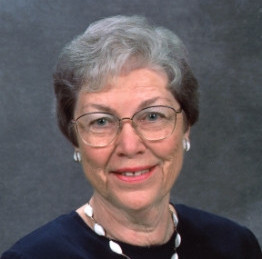 Darleane Hoffman was born as Darleane Christian on November 8, 1926, at home in the small town of Terril, Iowa. Over her career, Hoffman studied the chemical and nuclear properties of chemical elements with atomic numbers greater than 92, which is the atomic number of uranium.

She was a Los Alamos National Laboratory researcher who in 1993, confirmed the existence of element 106, seaborgium. Darleane discovered that the isotope fermium-257 could split spontaneously. She also uncovered plutonium-244 in nature.

Among her many accolades, she was the first woman to win the American Chemical Society (ACS) Award for Nuclear Chemistry in 1983. In 2002, she was only the second woman to win the Priestley Medal, (after Mary L. Good in 1997). The Priestly Medal is the highest honour conferred by the ACS for distinguished service in the field of chemistry. In 2014, she received the Los Alamos Medal, the highest award given by the Laboratory, for her numerous contributions that provided a basis for scientific methods used today in the national security community.

Dawn Shaughnessy – the real-life chemist who expanded the periodic table 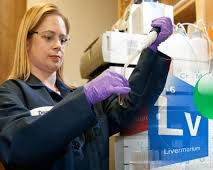 If you look at the periodic table, oganesson, element 118, seems to sit at the rightmost corner of the bottom row. It appears as if the periodic table has been completed, and previous searches for element number 120 has failed. But there’s no obvious reason these new elements shouldn’t exist, and Russia is updating Joint Institute for Nuclear Research’s accelerator to launch into searches for 119 and 120. 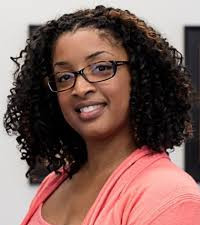 Clarice Evone Phelps is an American nuclear chemist who is thought to be the first African-American woman to help discover a chemical element. Phelps told an interviewer in 2019 that she pursued nuclear chemistry in part because of the lack of black women in the field. Finding tennessine – element number 117 – helped a resurgence in elemental discovery that was once thought to have ended in the 20th century.

Phelps works in the Nuclear Science and Engineering Directorate as the project manager for the nickel-63 and selenium-75 industrial isotope programs. Her research includes actinide and lanthanide separations for medical use isotopes but her

involvement in the discovery of tennesine had not been named in the official announcement, nor had her contribution been covered by the mainstream press. That shone a light on the double standards applied to female scientists and people of colour compared to their white male counterparts.

After much public debate, Phelps’ inclusion was finally recognized in January 2020 and suddenly she was well-known for so much more than just her contribution to a momentous breakthrough. Phelps never expected to make history, but she is now determined to use her public profile to help bring greater diversity to the research sector.

Julie Ezold – involved in the discovery of tennessine 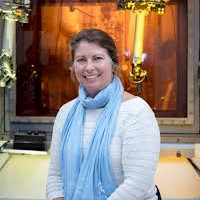 Julie Ezold is a Nuclear Engineer at the Oak Ridge National Laboratory. She directs a project in the Radiochemical Engineering Development Center that uses the High Flux Isotope Reactor to create Californium-252. She also supervises activities such as target fabrication, target approval for insertion into the High Flux Isotope Reactor, chemical processing of irradiated targets, and final source fabrication using Californium-252, Berkelium-249, and Einsteinium-253.

Although Ezold is campaign manager for the 252-Californium Campaign Program, she is also known for being part of the team that was involved with the discovery of the synthetic chemical element 117 – tennessine. The element, 117  had previously been designated ununseptium, a placeholder name that means one-one-seven in Latin. In November 2016, the International Union of Pure and Applied Chemistry (IUPAC) approved the name tennessine for element 117.

Seventy years ago, there were 101 elements and the scientific consensus was that the periodic table was complete. The story of how dozens of elements were corralled into a periodic table reaches beyond one person and one point in time. Scientists classified and predicted elements before and after Dmitri Mendeleev’s 1869 framework and many more including women, worked to find and explain these new substances.

Noble gases, radioactivity, isotopes, subatomic particles and quantum mechanics were all unknown in the mid-nineteenth century but thanks to emergence of research into superheavy elements, today there are 118 elements. It is widely expected that at least 70 more elements will be discovered.This could not have been achieved without the contributions of our women scientists.