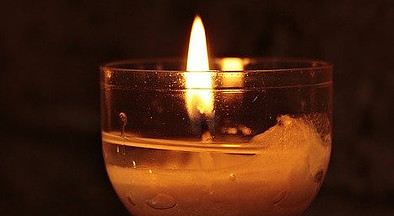 Some of the most useful and powerful properties of matter are those related to how and why matter changes. There are countless changes in matter that affect us every day: for example, freezing water, baking a cake, and lighting a sparkler. Understanding and categorizing the kinds of changes we see in matter are an important first step in making use of matter.

Earlier we looked at the physical and chemical properties of matter. Some of the most useful and powerful properties of matter are those related to how and why matter changes. In our daily lives, there are many examples of how understanding and controlling changes in matter help us meet our basic needs.

You can discover a great deal about matter simply by observing a candle. The candle undergoes both physical and chemical changes. Which change result in new substances? Which does not?

Changed, Yet Still There

While the physical property of substance describes a characteristic of a substance that can be observed or measured, a physical change occurs when a material changes its size or shape but still remains the same material. The physical properties of a candle include its colour, texture and density – properties that do not affect the ability of the wax to change in any way.

Some other physical properties do change wax. For example, the wax melts at a definite temperature called the melting point and then changes to vapour at a temperature called the boiling point. The solid (wax) becomes liquid and the liquid becomes solid again when cooled. These physical properties affect the ability of wax to undergo physical change – the wax, whether solid, liquid, or vapour, is still the same substance.

As the candle burns, you can observe another kind of property that affect change in the wax – combustibility. Candle wax burns, producing light and heat. Combustibility is a chemical property that describes the ability of the wax to react with oxygen to produce new substances.

Unlike physical properties, chemical properties always involve change in a substance. In the candle, the wax becomes carbon dioxide, water and energy. As the wax in the candle melts and vaporizes, some wax particles join up with oxygen from the air. The result of this chemical change is the production of water vapour, carbon dioxide gas, heat, and light. The wax particles that seem to disappear are actually changing into something else.

Chemical changes are permanent and difficult to reverse. Burning, cooking, and rusting are all other examples of chemical changes.

Physical Change and the Environment

When you dissolve salt in water, it is a physical change. The salt particles spread out, but they are still there, as salt particles. You can reverse the process by evaporating the salt and collecting the salt. The ocean is the largest body of salt dissolved in water. You can boil or evaporate the water and the salt will be left behind as a solid. If you want to collect the water, you can use distillation.

You see physical change when you pour melted chocolate over ice cream. Liquid chocolate forms a thin, even coating over the ice cream. The chocolate becomes solid as the ice cream cools it, but once it’s in your mouth, it tastes the same in both states because its particles have not changed.

Signs of Chemical Change Around Us 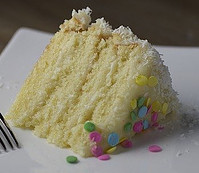 baking soda is heated, it undergoes a chemical change that results in the production of carbon dioxide gas. It is this gas that lifts the cake and make it light and fluffy. If you forget to add baking soda to a cake batter, the cake will be flat and dense. 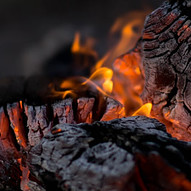 Combustibility – the ability of a substance to react quickly with oxygen when a flame is applied, to produce heat energy and light, is a chemical property of wood. The heat energy produces a chemical change and carbon dioxide, water vapour and carbon are produced. The wood is reduced to ashes, an irreversible process.

A chemical change can take when some substances are mixed. For example, an ice pack or cold pack is used to help relieve pain and swelling or cool a fever when it absorbs heat from the surroundings. When you break the tube inside so that the water mixes with the non-toxic chemical, a chemical change occurs and the pack feels cold to the touch.

Changes in Matter and Indigenous Traditions

First Nations people of Canada understood details about the properties of matter without knowing the scientific ideas of physical and chemical changes. Their ideas about the physical world served them very well. Their way of knowing and the scientific way do not contradict each other. Both add to humanity’s understanding.

Whitefish, jack fish and red sucker fish made up a large part of their diet. To preserve these fish, the smoked them. First the scales were removed and the fish prepared. A lean-to made out of wood with a fire lit under it made from old dried poplar wood produced the best smoke. Often it takes two days for the fish to be completely smoked and ready to eat. This process of dehydration slows down decomposition by bacteria, and it ensured that the First Nations people could preserve their catch for a few days in the summer or for eating during the winter.

Painting. Rock painting created by First Nations people along the Churchill River in northern Saskatchewan are believed to be hundreds of years old. They used ochre, a reddish-brown mineral, to give colour to their paint.

Ingeniously, these people also know how to stop their paintings from fading over time due to exposure from water and the sun. They made a gelatin-like substance, called “isinglass”, from dried swim bladders of freshwater fish and mixed it with ochre to add to the paint.

There are many examples of how understanding and controlling changes in matter help us to meet our basic needs in our daily lives. Being able to change materials from one form to another allows us to make products that are not only useful but also support a sustainable environment.

Become a member of Adventure Academy and have fun learning! 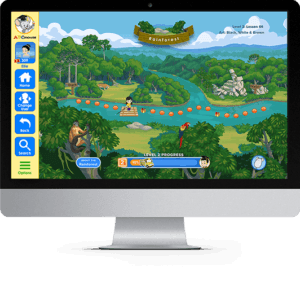 6 thoughts on “There is More to This Matter”