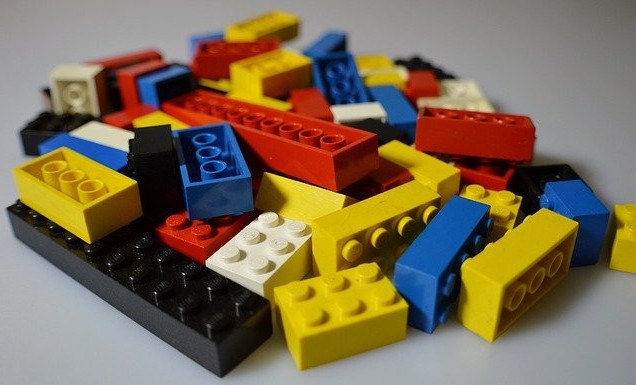 How many types of LEGO bricks can you see in the picture on this page? What are the different characteristics that define them? Suppose you were given the task of organizing this pile of LEGOS into various containers. You would first ask yourself how to go about it. Would you organize it by colour? Shape? Size? How would you sort them? Would you store them in plastic boxes or bins after sorting?

When scientists first started trying to come up with a system for organizing elements, they had already identified nearly 60 elements and their properties. Nobody knew how many more there might be or how to develop a classification system based on their observations of known physical and chemical properties of the elements.

Organizing Was Not Easy

Many scientists search for a unifying pattern among the elements. Who was going to develop an elemental pattern that matter? Up to the mid-1800s, they were busy discovering elements and recording their properties. Then they tried to organize their experimental observations meaningful way. At first, they listed the elements in alphabetical order but every time a new element was discovered, the whole list had to be changed!

By the 1860s, the list of known elements had grown to 63. No one knew if that list included all the elements that existed or whether there were hundreds or even thousands more that were still undiscovered. They tried other organizing methods, Could elements be grouped by state or colour? No, too many elements look alike. By taste? Definitely not. Too many elements are poisonous! Also, state, colour and taste cannot be measured. What sort of properties could be used?

By the 19th century, scientists knew that physical and chemical properties of elements such as conductivity, malleability, and lustre suggest that elements could be grouped generally into metals and nonmetals. John Dalton and other scientists then found a quantity that could be measured for an element – its atomic mass. The atomic mass of an element is the average mass of an atom of an element. Each element has its own unique atomic mass. Several scientists started to arrange the known elements according to their atomic masses.

The best arrangement of the elements was done by a Russian scientist, Dmitri Mendeleev. Working with 64 known elements, he wrote the name of each element on a separate card, along with its atomic mass and other properties which he thought were important, such as density, colour, melting point, boiling point, solubility, flammability, and so on. Then he played “chemical solitaire” to try to make sense of the repeating patterns and properties.

Mendeleev organized the first periodic table by arranging the elements in order of increasing atomic mass. This how he did it. He wrote down the name of every known element on a separate card and wrote properties he thought were important, such as density, colour, melting point, and boiling point.

Mendeleev tried arranging the cards in different ways to see if he could find not only a pattern, but one that would explain the

behaviour of the known elements. He sorted and re-sorted the cards into rows and columns until he found a pattern. His arrangement showed a regular pattern, which he described as Mendeleev’s periodic law.This law states:

If the elements are arranged according to their atomic mass, a pattern can be seen in which similar properties occur regularly.

Mendeleev was not the only scientist that was ordering the known elements by increasing atomic mass but his insight was that there needed to be spaces in the table – places for elements that had yet to be discovered. Therefore, Mendeleev left gaps in his card arrangement – blank spaces predicting the existence of elements not yet found or even suspected by other scientists.

When Mendeleev came to a place in his table in which no known element would fit he used a blank card. He predicted that elements would eventually be found to fit the spaces. He also predicted the properties of those elements by examining the element surrounding the blank spaces. Using these gaps, Mendeleev was able to accurately predict properties of elements that were not known but would be discovered later, for instance scandium.

How did Mendeleev’s table make it possible for him to predict the properties of undiscovered elements? He deliberately left spaces in his table. He looked for regularities that would enable him to put elements into families or groups with similar properties. and predicted that the missing elements would have properties similar to those of other members of their family. His predictions were accurate!

So, is organizing a set of LEGO by their characteristics similar to organizing elements by their properties? Absolutely! It involves arranging and rearranging into patterns according to similar observed properties. Mendeleev invented his periodic table by looking for patterns in the properties of different groups of elements. He also inferred that elements would eventually be discovered with similar characteristics as those of other members of their groups.

Gallium and germanium are famous for having been discovered after Mendeleev predicted their existence and physical properties. These discoveries helped convince people that the periodic table worked. Centuries later, it is still used to summarize chemical facts.

If you find this post interesting and worthwhile, please leave a comment below or on any of my social media pages.

You can read more about the life of Dmitri Mendeleev and the periodic table in the books below.

Mendeleyev’s Dream: The Quest for the Elements

A Well-Ordered Thing: Dmitri Mendeleev and the Shadow of the Periodic Table

6 thoughts on “The Elemental Pattern of Matters”