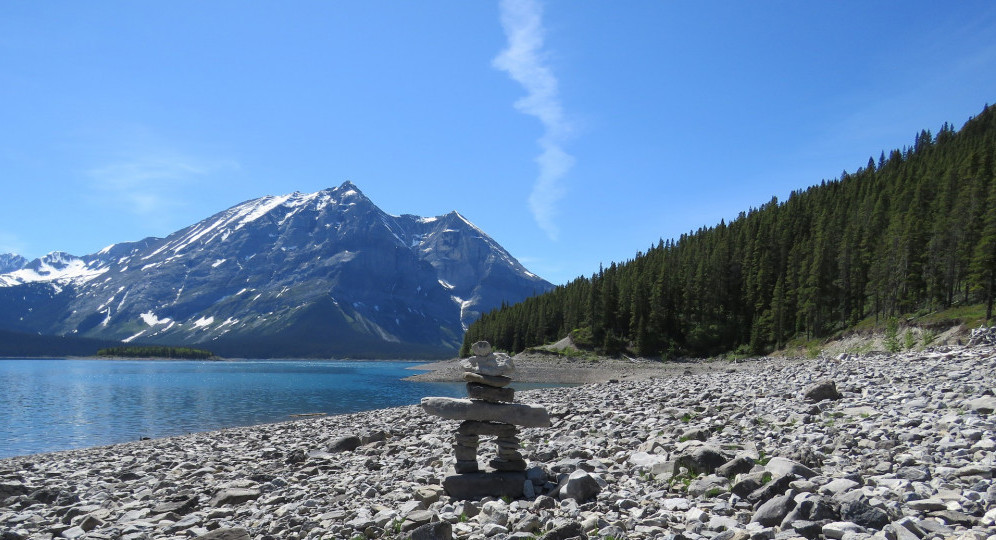 It is common knowledge that scientists understanding of the world is different from many people. A scientist tend to break apart (analyze) things into their smaller parts, and then study the parts separately and in great detail. This analytical way of thinking is in great contrast to the Indigenous way of thinking which is a holistic outlook. In holistic thinking, a part of something only has meaning in terms of its relationship to the whole thing. The common sense ways of thinking are influenced by a holistic perspective where relationships and experiences are based on practices guided by a cultural framework.

Inherent in this holistic view of the world is the understanding that everything in the universe has a place and deserves to be respected. From this perspective, people view their relations with others as well as the natural world differently than someone who only sees it analytically through a microscope or telescope.

Many Aboriginal cultures recognize four basic elements which sustain life: air, water, earth, and fire. The ancient Greeks also identified these four basic elements of life. These elements often have a spiritual significance. For example, each may
be represented by a special colour and a particular direction. These vary among different people (Miller‐Schroeder, 2005).

For Indigenous peoples around the world, their survival depended and still depends on their relationship with the land. The land provided food, medicines, tools, clothing, and shelter: everything. Therefore, their outlook on the world of elements is that each has a role to play in their Indigenous life. It is because of the belief of their spiritual significance that the First Nations, Metis, and Inuits consider the elements as living factors.

Fire (or Sun), Air, Water, and Earth: Elements of Nature

“It is good that you never forget about the Creator, Grandfather Moon, who watches over us from above and Mother
Earth, who we all survive from. Everyday the Father Sun watches over us as he travels around this earth. The wind
also protects us. Everything that is not good is blown away. This is what is going to take us a long ways. A person
should not dislike the wind; he is there to protect us, that is his work. Each new day, Father Sun watches over us as
we walk along Mother Earth’s surface. At night Grandfather Moon comes out, he looks after us the whole night.” 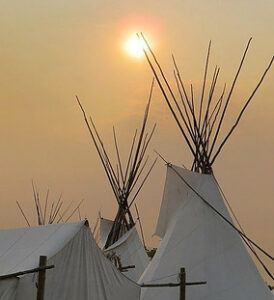 The Sun is life itself. The four seasons follow the sun. Spring in the east, summer in the south, fall in the west and winter in the north. The sun tells the whole story of how all life came into being abundantly bright, rising in the east and then fading away as it moves west and north. All life rises and sets like the sun. In life, the fire is in the centre of the Medicine Wheel where the meaning of the teachings comes from. 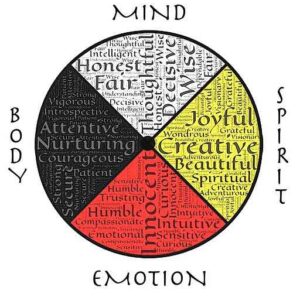 A Medicine Wheel is a symbol of life 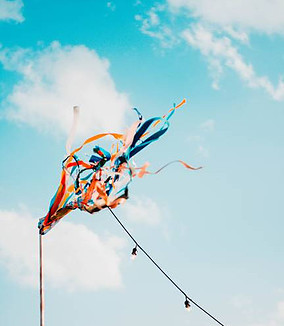 The Indigenous people teaches that the air is here to protect us. The wind can cause many events in our environment. Things that are not good are blown away. It is important to our lives and needs to be recognized as our protector. 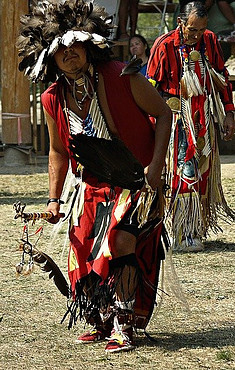 A powwow is a traditional gathering of First Nations people for special ceremonies and celebrations. During a jingle dance for healing, the women dancers wear a dress decorated with jingles, which are tiny cone-shaped bells made from tin or sheet metal. Traditional jingles were made from shells or hooves from deer or moose. Nowadays, tin and other metals that are hard enough and last longer are used to produce a good sound necessary for the dance. The noise that the bells make at the dance represents the sound of water.

Water is a sacred part of the physical world and is one of the four elements in the medicine wheel. It is life-giving and life-sustaining and is therefore an important part of many ceremonies. The sound of water during the dance is intended to bring healing.

In Australia, theirs is a gentle approach to life that involves experiencing it as highly personalized with a sense of meaning and purpose that shows itself in their encounters with nature and their environment. Similar to the Indigenous peoples of Canada, Australian Aboriginals, consider that there are also four elements earth, water, air and fire, and each has a role to play in Aboriginal life. They find interpretations or symbolic meanings of many plants, animals, birds, reptiles, insects, stars, metals and more.

For the traditional Aboriginal person, they do not own the land, it owns them. The Earth is the link that the Aboriginal person has with the land and it is an integral part of his or her identity and being. The Earth provides home for creatures who burrow into it and the formation of minerals and gemstones, such as copper, opal, ochre and gold. Earth traditionally represents a sense of being grounded, or connected with nature. 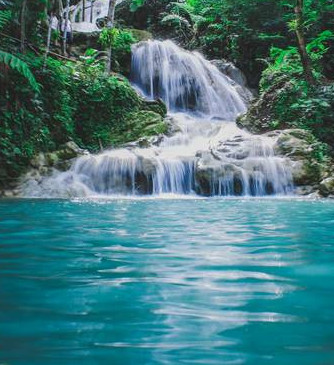 The element of water traditionally relates to the emotions – rushing streams, calm and tranquil lagoons, the hard, violent pelting of rain, and the crisp iciness of frost. Water also has softness to it. With time and persistence, it has the capability of changing jagged rock into gentle smoothness. Water relates to change and adaptation, especially emotionally. 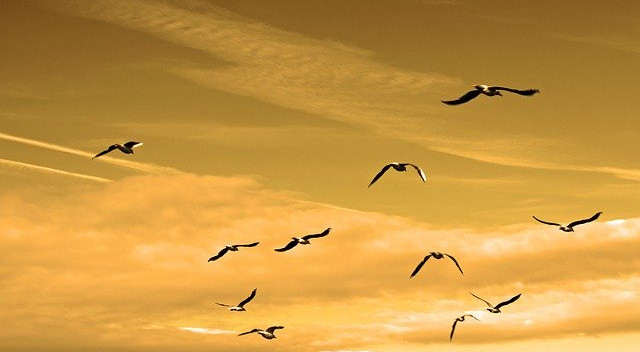 Air represents the heavens, where the creator spirits lived. Traditionally, air relates to the mind, the intellect and quickness of thought. Air could carry the scents of animals, predators or edible plants growing nearby; or the wind could wipe away revealing tracks. Any tracks after a wind was known to be fresh, making tracking easier. The wind could also hide the sound of the approach of predators. Air relates to the spirit world (as does fire). 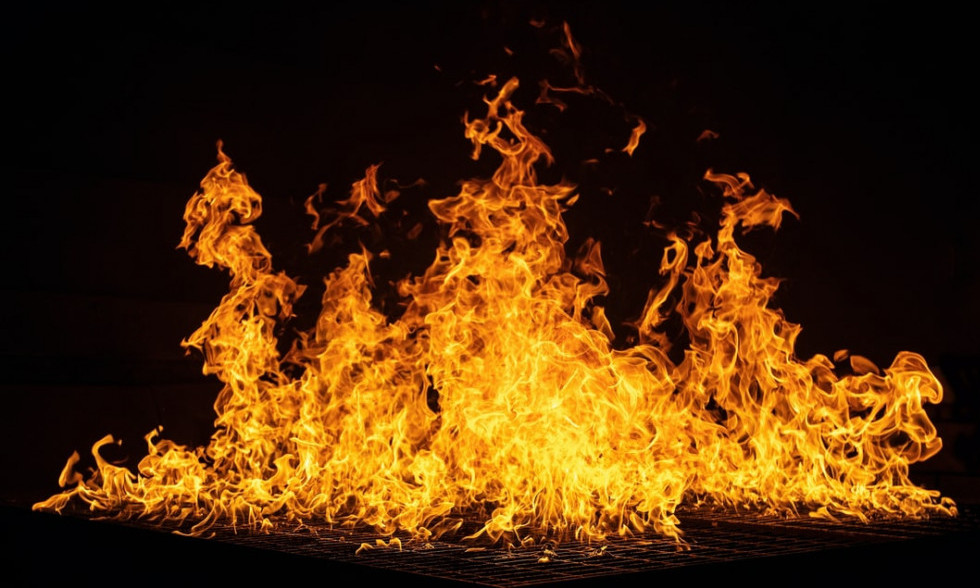 Fire is central to life. In the spiritual life, newborn infants were smoked (held above a fire) as a welcoming ceremony and their bodies applied with a coating of ash. Ash was also used in ceremonial body designs. Fire symbolizes a strong spiritual focus in life. Fire brings transformation, and can indicate changes that totally turns life around: from the ashes of the fire, re-generation.

Both ways of thinking about elements – holistic and analytical – help us better understand what makes up the physical world. There are specific reasons for choosing to view the physical world through one of these approaches. Scientists aim at developing broad generalizations about the working of nature through experiments and reasoning whereas Indigenous peoples focus on methods that help solve practical, everyday problems.

In the holistic outlook of elements, all four elements and their countless organizations into life forms are part of life. For example, a rock is sometimes thought to be abiotic (non‐living). But, as the rock breaks down, particles and minerals are absorbed by plants or animals. The rock becomes part of the plant or animal and contributes to the health and life of the organism.

We all have a sense of how we connect with the natural world, be it limited or expansive. Some we learn through family, some through experience. For Indigenous peoples around the world, whose survival depended and still depends on their relationship with the land, we can learn to appreciate their own positive connections with the land and the environment and apply their perspectives on interconnectedness for a sustainable future.