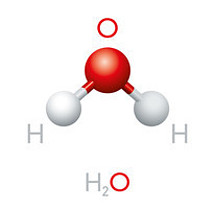 Suppose an iron sculptor melts iron by adding heat energy to it. You may think that he has changed the iron into a simpler substance. But the liquid iron he now has still contains only iron particles, no new or simpler substance has been formed.

The Building Blocks of Matter

The reason an element cannot be broken down further is that it is already very simple: each element is made of only one kind of particle. The smallest particle of an element that has the properties of that elements is called an atom. An atom is the smallest unit that build up all matter. In other words, basic building blocks of matter and all elements are made of atoms. Atoms of the same elements are alike. Atoms of different elements are different.

How many elements are there? There are 118 known elements, 94 occurring naturally and the rest have been synthesized in laboratories. Since there are 118 elements, there are 118 kinds of atoms. Each element has a unique chemical name and symbol.

For many years, scientists had to spell out the full names of elements when writing about them. As you can imagine, this practice was time-consuming. Then in 1813, a system of representing the elements with symbols was introduced. The elements have different names in different languages, so chemist all over the world use a set of international symbols for them. Chemical symbols are a shorthand way of representing the elements.

The names and symbols of the elements are accepted and used by all scientists worldwide in order to standardize the communication of chemical information. Many element names come from an ancient language called Latin. Others are named for countries or continents, or to honour scientists of note.

Common Elements and Their Origins

Molecules can contain two atoms or many thousands of atoms. The atoms in a molecule can be all the same kind of atom. For example, in the gas oxygen there are two oxygen atoms in each molecule. Molecules can also be made of two or more different kinds of atoms. For example, water is a compound. A molecule of water is made up of 2 atoms of hydrogen chemically bonded to 1 atom of oxygen. One molecule of water has all the properties of a glass of water, a bucket of water, or a pool of water.

Different Molecules from the Same Elements

The properties of water and hydrogen peroxide are very different. Water is everywhere on Earth, part of all living things. Hydrogen peroxide is a much more reactive compound. Other elements can also be combined in different ratios to produce different compounds. For example, vinegar contains atoms of hydrogen, oxygen, and carbon. These are the same elements also combine to form other compounds, including sugars and fats.

Today, we are on the edge of a revolution in our ability to create new products such as the nanotube which have amazing and useful properties; self-cleaning cotton, plastic computer chips, and computer displays woven into cloth. This revolution of creating new products is taking place because we now understand atoms – the building blocks of matter and many of the properties of elements.

How do Elements Affect Our Health?

There are at least 20 different elements that our bodies need in order to function properly. We can divide them into two groups. There are seven elements known as the major minerals, which are sodium, iodized chlorine, potassium, calcium, phosphorus, magnesium, and sulphur. There are least thirteen other elements: known as trace elements, which include zinc, iodine, selenium, copper, manganese, iodized fluorine, chromium, and molybdenum.

Our body mass includes about 1 kilogram of calcium and about half a kilogram of each of the other major minerals. All the trace elements in our body at any one time have a mass on the order of tens of grams. We need to ingest major minerals in large amounts of about 100 milligrams per day or more.

Many Canadians are careful to get the right amount of elements or major minerals in their diets. Some take  mineral supplements to try to achieve this. Just because our bodies do not need trace elements in large amounts does not mean they are not important. They are just as important as the major minerals.

Trace elements make up key parts of our bodies’ enzymes, hormones and cells, Each one serves a vital function.We need trace elements in very small amounts, between 20 and 0.2 milligrams per day.